Fette Compacting is presenting its new FEC20 capsule filling machine at Achema in Frankfurt. As the smaller version of the FEC40, it now makes its innovative technology available for medium-sized output volumes of up to 200,000 capsules per hour.

Schwarzenbek, June 11, 2018 – 2016 saw Fette Compacting revolutionizing capsule filling technology: thanks to numerous technological innovations, the FEC40 achieves an unmatched output of 400,000 capsules per hour with its Duplex Concept design. The FEC20 is now celebrating its world premiere at ACHEMA, the leading international trade fair, in Frankfurt am Main.

Fette Compacting has adapted and further developed the technical concept of the FEC40 for its second capsule filling machine in an effort to make it available for medium-sized batches of up to 200,000 capsules per hour. A step which was very accurately measured, according to Managing Director Jan-Eric Kruse: “We have designed our capsule filling machines as a series right from the start”, he explains “The FEC40 is now available as a smaller version in the form of the FEC20. The family has grown.”

The FEC20 is directly derived from the FEC40 whose innovative ideas Fette Compacting is now launching for the first time in the form of a single rotary press single discharge capsule filler. Technologically, the FEC20 and FEC40 complement each other perfectly: both use the same format parts thereby facilitating exchanges between machines.

What is so innovative about both machines? Each individual capsule filling process step can be controlled and monitored separately. “Prior to the FEC series, the assemblies in capsule filling machines were controlled by mechanical coupling. By using servo and torque motors, we can decouple individual process steps”, claims Kruse. “We define the optimal parameters for each process step, thereby improving both quality and output per time unit.”

Another revolutionary feature is represented by the patented tamping pin station assembly system enabling users to change dosing methods, products and batches in no time. When additional pre-fitted tamping pin stations are used, the machine is ready for production within an extremely short timespan. Furthermore, up to three pellet stations can be installed in the machine. “The fact that we can dismantle and clean the filling stations outside the machine has enabled us to significantly reduce conversion and cleaning times. This ensures that the FEC20 is fully operational again quickly”, emphasizes Kruse.

One particular feature of the FEC20 is its 19” touchscreen HMI. The user interface offers a permanent overview of all process and quality parameters and is based on the same logic which has already been tried and tested in the FE series tablet presses offered by Fette Compacting. The database contains all formulations and user process parameters while the system automatically and immediately examines each entry for consistency.

The system also continuously measures the filling levels of all capsule and product containers during ongoing production, as well as visualizing the corresponding information for the user. All batches are monitored, logged and saved in full. Extensive rights management enables users to assign certain functions to various users. Upon conclusion of the production process, each individual production step can be evaluated via an event log.

The LMT Group marked commissioning of its new production facility in the Eastern Chinese city of Nanjing with a grand opening ceremony. This plant sees the company further extending its manufacturing facilities in the world’s second-largest pharmaceutical market.

Around 500 guests convened on May 8, 2018, in Nanjing, China, to celebrate the opening of its new production facility with Fette Compacting and LMT Tools. The new company site was built in just under a year on an area spanning more than 50,000 square meters. The foundations were laid in spring 2017 and operations started moving into the production building in fall of that same year.

Fette Compacting customers can test their products on tablet presses at this new site. By conducting test runs in China instead of Germany, these companies save both time and money.

The new plant sees Fette Compacting doubling its production capacity in China. The company has been represented in Nanjing since 2004 where it manufactures tablet presses primarily for the Asian market. The tool specialist LMT Tools – part of the LMT Group like Fette Compacting – is also extending its range of services at the new site.

The FEC40 sets new standards for capsule filling based on an innovative machine construction: With the Duplex Concept, Fette Compacting has applied the principle of double rotary tablet presses to capsule filling for the very first time. As a result, it is possible to arrange a double capsule filling process in the machine. Increasing output to up to 400,000 capsules per hour and decreasing production costs by around 30 percent.

Düsseldorf/Schwarzenbek, 4 May 2017 – Capsules are second only to tablets when it comes to dosage forms for medication and nutrition supplements. More than 400 billion hard gelatin capsules are produced worldwide every year. To   date, the market has been dominated by capsule filling  machines with a  production output of between 100,000 and 200,000  capsules  per hour. With  its first capsule filling machine, the FEC40, Fette Compacting is able to increase the output volume up to 400,000 capsules per hour, thereby enabling users to reduce their production costs by up to 30 percent. The FEC40 is therefore setting new standards in the area of capsule filling.

After its world premiere launch at interphex 2016 in the USA, Fette Compacting is now also presenting the FEC40 in Europe. In the United States, the first machine is already being used at Standard Process. The company is one of the leading US-American manufacturers of nutrition supplements and is using the FEC40 to respond to the globally rising demand for the products.

The increase in performance of the FEC40 is made possible by the Duplex Concept. In doing so, Fette Compacting has applied its experience in the development of double rotary tablet presses to capsule filling. Process steps which were previously separate have now been merged. Fette Compacting has used the ensuing free stations to arrange a dual capsule filling process in the machine, thereby doubling the output. An innovative drive and control concept ensures increased productivity: using servo- and torque motors, process steps which have been coupled to date can now be set and optimized independently, enabling significant reductions in terms of overall processing times – without any compromises in terms of quality.

The FEC40 is available in two configurations: users can choose between two tamping pin stations and up to four pellet stations. Changes between tamping pin stations are made with the aid of a patented assembly system, thus making it possible to swiftly change between various dosing methods as well as between various products or batches. Thanks to this user-friendly assembly system, the tamping pin stations can be dismantled and cleaned outside the machine, thereby significantly reducing the conversion and cleaning times. Where additional pre- fitted filling stations are used, the FEC40 is ready for operation within only a short period of time.

Efficiency during operation, conversion and maintenance

The FEC40 also sees Fette Compacting implementing the TRI.EASY that enables simple and easy operation in the three key aspects of operation, conversion and maintenance. The concept guarantees 360° access, even when process   equipment is connected. This enables operators to see and  access  all  stations and permits optimal cleaning of the machine interior. Operation too is simplified by the interface of the newly-designed Human-Machine Interface (HMI). Intuitive graphic user guidance provides an overview of the relevant process and quality parameters at all times. All batch records of the FEC40 are stored in the database system along with the formulations.

EU and TSM punch standards stand for standardized processes in tableting. A new tableting punch for the first time now combines these standards with the advantages of the FS® technology offered by Fette Compacting.

Düsseldorf/Schwarzenbek, 4 May 2017 – Two punch standards have become established in order to guarantee consistent process parameters during tablet production: The European standard is known as EU, and the associated American standard as Tablet Specification Manual (TSM). For years, pharmaceutical manufacturers have been using the patented FS® technology from Fette Compacting, since it provides longer tool lives and pressure dwell times as well as smoother running. Until now, both of these formats were not, however, mechanically interchangeable. Now Fette Compacting has developed the new punch format EU19 FS® as the link between the two.

Developers at Fette Compacting have integrated the FS® structure for the first time into the standard tool format: The EU19 FS® format for which patent applications have been made, fully replaces an EU19 punch and at the same time transfers the advantages of the FS® punches to the EU standard. The process parameters hereby remain unchanged and existing curve theorems can continue to be used. The service life of the punch also rises, the punch head is stressed more evenly and its maximum loading capacity increases.

Two innovative geometrical features of the punch head form the basis here: On the one hand there is the transition between the run-in area and the plane mirror surface of a special fourth-order polynomial function. This consistent further development of the FS® technology leads to lower stresses on entering the plane mirror surface. On the other hand, Fette Compacting has introduced an additional depression in the central head area. The mirror surface forms a ring surface  around the center of the punch head and the tablet experiences the same pressure dwell time as with the standardized punch. The subjacent center does not come into contact with the pressure roller during the pressing process. The transition area from the resulting ring surface to the center of the punch is continuously curved. This design has a particularly advantageous effect on the loading capacity. The contact conditions between the pressure roller and the mirror surface as well as the stability of the punch structure are both improved. The center of the punch that is constantly stressed with each pressing procedure, is now unloaded.

Effect on the whole tableting process

The development of the new punch format is the result of pooled expertise in Business Unit Tableting Tools. Experts also advise customers to find the best possible option for the respective application. The Business Unit produces punches, dies and segments in a customized interaction between shape, material and coating. Besides other services, it also provides calculations of maximum pressing force, materials and FDA certificates, general pressing trials for optimum parameters and for the right selection of tools and coatings. 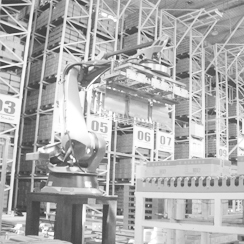 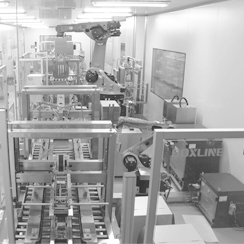 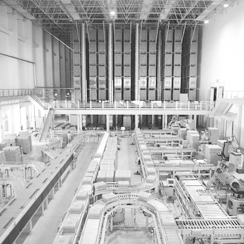 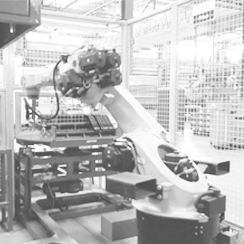 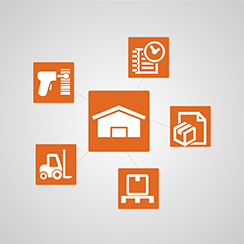